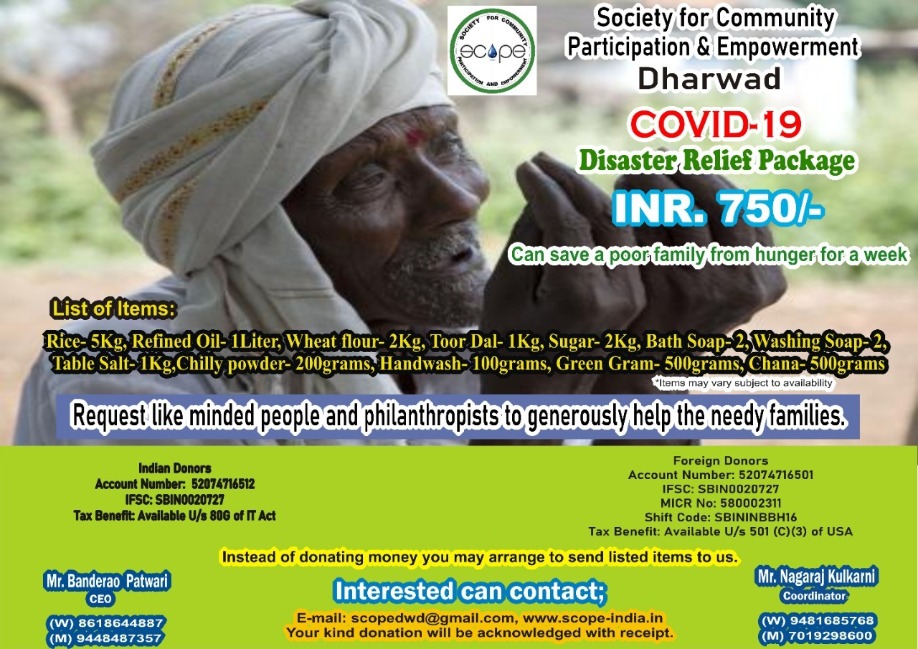 Society for Community Participation and Empowerment (SCOPE) is a not for profit organisation registered as a Society under Societies Registration Act, 1960 with registration Number - SOR / 141 dated 13th September, 2000. SCOPE has its headquarters at Dharwad, Karnataka, India. SCOPE started its operations in the year 2000 with the relentless effort of Mr. Banderao Patwari. While he was touring north Karnataka extensively to understand the dimensions of rural development, he observed that scores of tanks and systems were in deteriorated state. To address this issue, he started pondering upon efficient utilisation of natural resources and this led to him floating SCOPE. At this point in time he was joined by other experts in development sector who started contributing ideas on addressing issues related to using natural resources.

Mr. Patwari, graduated in Agricultural Engineering from University of Agricultural Sciences, Dharwad and later did his Master Diploma in Development Planning from Pune. He subsequently gained his valued experience in development sector through his stints with SAMUHA, MYRADA, Youth for Action (Andhra Pradesh) and Prerana (Raichur), an off shoot of PRADAN. With this experience Mr. Patwari went on float a new Civil Society Organisation, SCOPE as an off shoot of Prerana.

The very first task SCOPE picked up was studying performance of hundred irrigation tanks in Dharwad district. The study was supported by BASIX, Hyderabad and Prerana, Raichur. This was followed by rehabilitation of four dilapidated irrigation tanks in the Kalaghatagi block of Dharwad district, which was funded by Ford Foundation through DHAN foundation, Madhurai. Deshpande Foundation, Hubli now joined hands with SCOPE and supported the tank rehabilitation initiatives for four consecutive years.

Later on SCOPE ventured into promotion of Integration Farming System first with the support of Deshpande Foundation and later the University of Agricultural Sciences (UAS), Dharwad under the Public Private Partnership (PPP) model. Later the UAS, Dharwad also went on support a unique digital Krishi project, a comprehensive agri - business extension service with IIM, Bangalore, Dept. of Agriculture Govt. of Karnataka being the other two collaborators.

NABARD, in the meantime supported SCOPE to register Farmers’ Producer Companies in Dharwad block. ARGHYAM, Bengaluru came forth to support a fellowship programme in Water and Sanitation. Two cohorts of fellows were trained hands on in various aspects of Water and Sanitation who eventually stayed in villages to address issues concerning water and sanitation.

Enabling Leadership based in Netherlands joined hands with SCOPE to implement an innovative program – Teaching life skills through Sports and Music – in rural schools of Dharwad district. 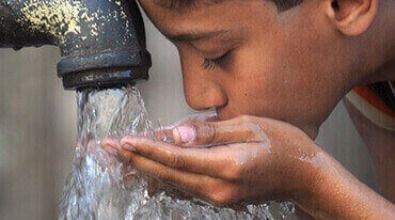 We have been assisted by NABARD, Sir Ratan Tata Trust and IIM, Bengaluru for our efforts towards uplifting the rural community.

The programme is built around four guiding principles conceived based on long experience in working with the community..

Monitoring of young professionals to facilitate Community-Led actions for improved water and sanitation in the rural areas..

SIRIKRISI is working as a network of farmers, organisations and individuals to carry out activities to bring back millets..

State: Karnataka in the districts of Dharwad, Haveri, Gadag, Koppal and Kolar. 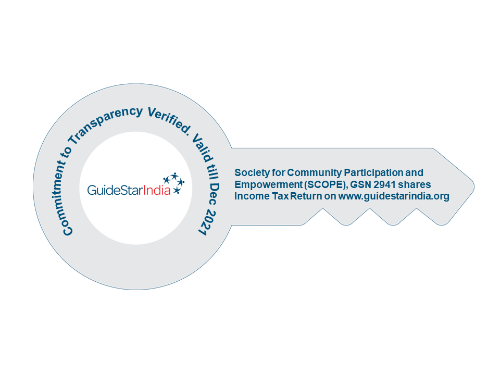